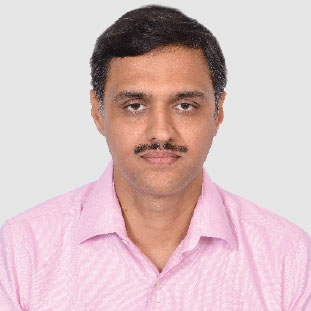 Sri. Ravi Venkatesam is a graduate of IIT Kharagpur, where he earned a B.Arch degree in 1992. He subsequently did an MBA at IIM Bangalore between 1995 and 1997.

He started his career in the field of software development. He worked with Tata Steel in the first year of his career, on IBM Mainframe computers. He subsequently joined Infosys and worked with them on various projects for a major Swiss client.

His interest in education started in 2004, when he founded a corporate training company called OnTrac. The company is a leader in Operations Management Training for the BPO industry, and its award-winning programs have been used in over 15 countries. Subsequently, he and his wife (also an Architect from IIT Kharagpur) set up three schools called "The Foundation School", in Bangalore. The Foundation Schools are unique from the perspective that they truly bring hands-on learning to life at all grades through unique methodologies. The schools together have over 1300 students.

He is a guitarist and has played in many bands. He is also an avid sports person, has run many marathons, and stays awake nights to watch football matches. He is also a computer programmer and retains a keen interest in fields such as AI and IOT.